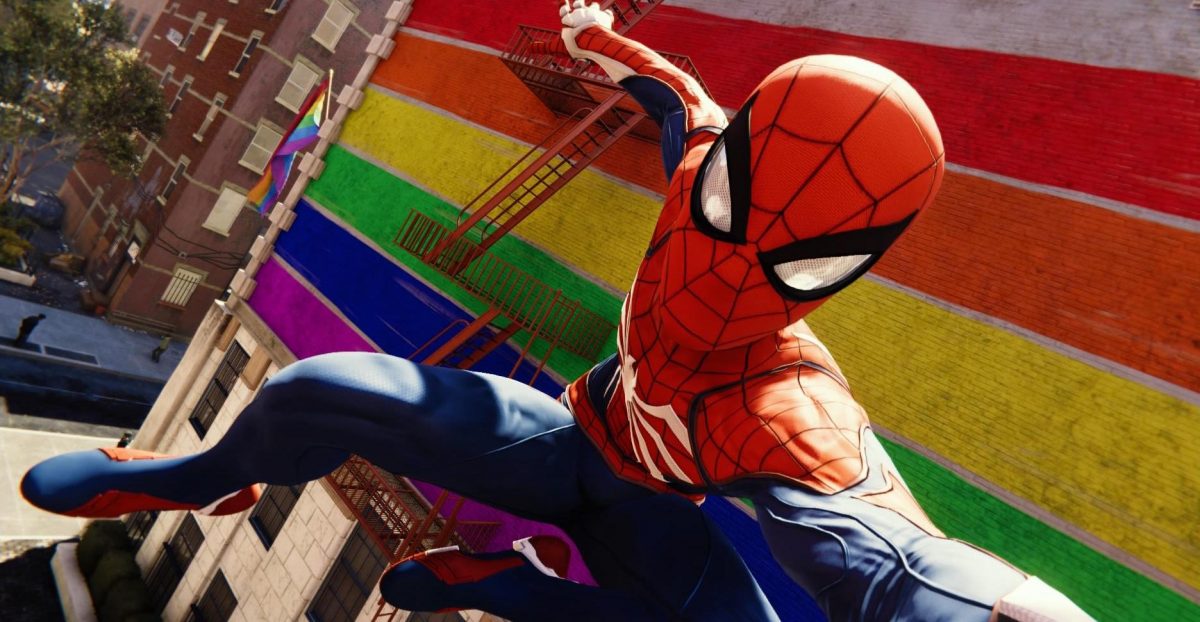 Spiderman is arguably the most popular superhero character of all time. However, Spiderman has been around for several decades, from the pages of comic books to animated series to live-action movies. As a result, there have been many versions and incarcerations of our favorite web-slinger. And with that, there has been news going around recently that Sony is planning to establish Spiderman as bisexual. Is that so? Let us find out-

There has been a lot of buzz among Spiderverse after the news spread on the internet. It seems everyone’s favorite web-slinging hero might be from the LGBTQ community.

It started when Andrew Garfield’s old comment about Spiderman’s sexuality resurfaced on the internet. Garfield, who portrayed Peter Parker in Sony’s Spiderman reboot, ‘The Amazing Spiderman, revealed in an interview with The Independent. Garfield said that he expressed his wish for Spiderman to explore the realm of bisexuality in Sony’s movie.

Consequently, he was pressured to apologize for his remarks. The 38-year-old actor and producer apologized in 2019 for creating suspicions about the iconic character’s probable bisexuality in order to sell tickets to homophobes. But it left a question in the mind of the fans. Can’t Spidey be bisexual? It might be possible in the upcoming installments of the movie. Exploring this section will also pave some new paths for the character.

Spiderman: No Way Home is undoubtedly one of the most anticipated movies in MCU. The movie is set to be the next big event after Avengers Endgame in the Marvel Cinematic Universe. The film’s first trailer was released on Youtube on August 24, 2021, and quickly became one of the most viewed trailers on the platform. It gathered over 355 million views within the first 24 hours.

The audience was mesmerized after seeing Tom Holland’s version of the Spidey teaming up with Dr. Strange. However, it has been more than two months since the trailer came. And fans are now getting crazy waiting for the second trailer of the film. There have been several online campaigns from the fans demanding the second trailer. Finally, some good news for the fans is that Spiderman No Way Home’s second trailer will release on Tomorrow. Several media outlets have confirmed the information.

Will Andrew Garfield Be In Spiderman No Way Home?

Andrew Garfield recently made an appearance on The Tonight Show Starring Jimmy Fallon. Jimmy made every effort to get the actor to reveal that he will appear in Marvel Studios’ forthcoming film Spider-Man: No Way Home. However, Jimmy was unable to make Garfield spill any beans on the issue.

When Fallon asked about the supposedly leaked photos of Tobey Maguire and Andrew Garfield on the sets of the next Spider-Man film, the actor merely smirked and answered, “I’m not sure about that.” Then, when nothing else worked, the host congratulated Andrew on his new work.

Andrew Garfield played the Spider-Man in The Amazing Spiderman and The Amazing Spider-Man 2. The films were released in 2012 and 2014, respectively. Even though Andrew’s denial is based on various news about the movie. It is almost confirmed that fans will see the past versions of the Web shooter in the upcoming film.