The last season of The Order dropped in the summer of 2020. And fans who have binged season 2 have been clamoring will there be The Order Season 3. Netflix’s The Order is a supernatural mystery drama that premiered in March 2019. The series revolves around Jack Morton, a student at Belgrave University. The story moves with his entry into the world of magic upon joining a secret society. Jack is dedicated to avenging the painful death of his mother. And what follows is an intriguing supernatural storyline filled with twists and suspense.

The series created by Dennis Heaton received critical acclaim and fans’ praises all around. The show also earned six ‘Leo Award’ nods in different categories. All this resulted in Netflix renewing the show for a second season after season 1 finished airing. Unfortunately, however, the future for a third season of The Order is still dark. So, while you wait for The Order Season 3, let us discuss everything we know about a potential third season.

Will There Be The Order Season 3?

The second season of The Order was released on Netflix on June 18, 2021. Season 2, which consisted of a total of ten episodes, performed well. Some even termed the season to be better than season one. So naturally, as a result, the series fans were excited for a third season in the future.

However, the possibility of an upcoming season does not look good. Netflix generally renews its show for a new season within a few months of the release of the previous season. But, in this case, there has been no announcement from the streaming service regarding a possible The Order Season 3.

A tweet from the series creator Dennis Heaton also confirmed that we might already have seen the last of Jack’s adventures. In the tweet, he wrote, “It is one of the best experiences of my career. So, unfortunately, we aren’t returning, but I will always cherish the memories and the props I stole. Thank you all for watching.”

There have also been reports over the web that set items and props used for the production of The Order were going on sale, confirming that the series may not return for future seasons. The news came as a shock considering the response the first two seasons of The Order received. And fans are heartbroken upon hearing it.

The second season of The Order continued with the ending of the season 1 finale. First, the Order erased the memories of the knights, who were looking to settle the score. The knights were met with powerful magicians, merciless cults, and vicious demons in their path of vengeance. Then, we saw Alyssa and Vera in deadly reciprocity. Alyssa was marked as a terrorist, thanks to Salvadore. Next, a full-fledged war broke out between Midnight and Silverback over Jack. And Silverback emerged victorious in it.

In Jack’s absence, who was now at Silverback, Gabrielle was chosen to be the new champion of Midnight. In the final moments, Alyssa was murdered by Gabrielle as a werewolf, while Vera lost her magical abilities. Also, Randall sacrificed Councilmember Kepler in order to bring back Lilith Bathory. Randall triumphed in his mission of bringing back Lilith. However, she returned in the form of a demon. In the final scenes of The Order, we saw Jack Morton walking into the woods carrying Alyssa’s body and a spellbook.

The Order Season 3: Who Will Return?

Anesha Bailey as Nicole, Thomas Elms as Hamish Duke, and Kayla Heller as Selena Durov were the other cast members from The Order. But will they return for The Order Season 3 is yet to get confirmed if that happens. 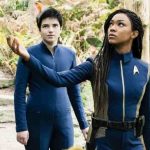 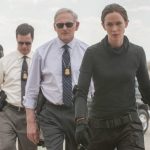