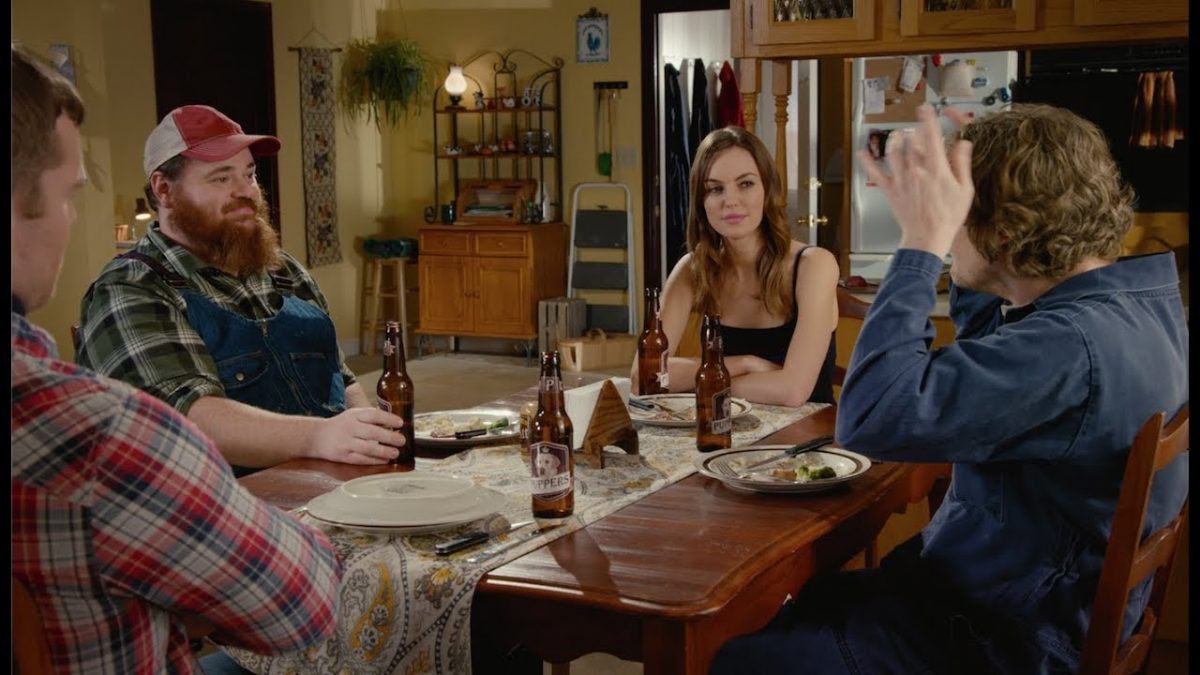 Be ready! Hulu has recently unveiled the first official trailer of Letterkenny Season 10, which hints at the trouble in Wayne’s life. Further, it revealed that the entire Canadian cast would return to explore a new phase in their life. That probably be messier than the previous seasons. The prior season ended bitterly, where Katy’s dating life chaos made the situation worse in the bar. Meanwhile, Wayne and Daryl make a friend. Now, it remains unclear how things will turn out after the ninth season cliffhanger.

Letterkenny was initially created by Jared Keeso, which focuses on a fictional Ontario town and the people living there. It primarily focuses on Wayne and Kate’s siblings, who owe a farm there, and their friends Squirrely Dan and Daryl struggle to keep things afloat. After the first two seasons aired on Crave, Hulu acquired the rights of the series to stream in the US. Although the COVID-pandemic affected the series production yet, it promised to return with two seasons shortly. So now, let’s see how things will move in the next season.

Letterkenny Season 10: First Look Teases What To Expect Next?

Just a couple of days ago, Hulu dropped the first teaser trailer of Letterkenny Season 10 that focuses on the series main cast. The clip opened up with McMurry and Wayne as they appear doing some dickering. Meanwhile, the Hockey players and Skid have a fiery conflict over a game while the Hicks attend a Sausage party. Further, the official logline of the tenth season clears up everything.

The Letterkenny people are divided into three main groups- The Hicks, the Hockey Players, and the Skids. They are in frequent conflict with each other. That won’t end until one of them is thrown out. Now the battle over a video game will get escalated while the Letterkenny men receive head-to-toe physicals. While it remains unclear how things will turn out, it would be interesting to see which group will win the battle.

Wayne And Katy’s Trouble Will Escalate

Though the trailer didn’t provide many details, yet it shared a glimpse of Katy’s exes Anik and Dierks. Well, the prior season explored Katy’s love life profoundly and how things turned out later. So deeming it, we can expect the tenth season might pick up straight from the fight. Meanwhile, the trailer also suggests that Wayne’s ex, Marie-Fred, will also return. The ninth season cliffhanger finale saw Marie contemplating Wayne.

For now, it remains uncertain whether or not things will settle between them, especially when his current girlfriend Rosie is still there. Well, the past seasons saw Wayne trying to be honorable in the dating world. However, things were sullen out between Wayne and Rosie in the previous season. With Marie trying to win him back, it would be pretty challenging for Wayne to make up his mind. Now whether Wayne will amend things between him and Rosie or break her heart remains to be seen.

Letterkenny Season 10: Who Will Be In The Cast?

Recently, Hulu dropped the first teaser trailer, which focuses on the upcoming season’s cast. That included Nathan Dales as Daryl, Jared Keeso as Wayne, and Michelle Mylett as Katy. Besides them, Daniel Petronijevic as McMurry, K Trevor Wilson as Squirrelly Dan, and Dylan Playfair as Reilly will also return. Additionally, Andrew Herr as Jonesy will return with Tyler Johnston as Stewart. Further, Evan Stern as Roald will join Tiio Horn as Tanis and Mark Forward as Coach.

The recently released teaser trailer confirmed that the series will return shortly on your screen. The trailer teased Letterkenny Season 10 will air on December 25 on Crave and the following day on December 26 on Hulu. So, mark the date as things will become quite fiery and spicy when exes return on the siblings’ lives. Further, seasons 10 and 11 were filmed back-to-back. Thus, season 11 won’t take much time to return as well. Stay with us to know more.