The Sinner is psychological crime thriller series that first premiered in 2017 USA Network. The series follows detective Harry Ambrose as he investigates various heinous crimes. It profoundly explores criminal psychology, trying to understand why a perpetrator did what he did.

The show is loosely based on Petra Hammesfahr‘s eponymous novel. Meanwhile, Derek Simonds served as the creator of this crime thriller. Upon its release in 2017, The Sinner garnered critical acclaim and scored high ratings on IMDb and other platforms. Fans over its four-season run have loved the Sinner’s tense drama, intriguing storylines, and thrilling tone.

Will There Be The Sinner Season 5?

Unfortunately, we have to be the bearer of the bad news in this case. USA Network has announced that they are wrapping up The Sinner after season 4. And there will not be The Sinner Season 5. So at least, this is the final world till now. The announcement was made before the season 4 finale’s premiere. Thus, the finale of season 4 is also the series finale for the show.

Possibilties For The Sinner Season 5?

The Sinner has been one of the last scripted fictional shows running on USA Network. After that, the channel has gradually shifted its focus in the direction of reality shows. Thus, many fans are wondering that the reason behind The Sinner’s cancelation is a result of the Cable, as the channel’s changed programming policy.

Showrunner Derek Simonds revealed that the fourth season’s ending is not rushed. And he planned to wrap Detective Harry Ambrose’s story arc in four installments. Fans saw Detective Harry Ambrose retire from investigating crimes in the fourth season. Simonds also stated, “If the show were renewed, and it kept going, we’ve talked about continuing Harry Ambrose, we’ve also talked about refreshing the show completely with a new lead detective that could create another multi season journey in the show.”

Meanwhile, the fourth season of The Sinner seems like the end of the road for the crime drama series. However, TV shows finding a new home on streaming platforms after their cancelation is not a new thing these days. Thus, there is no harm in taking the show’s cancelation news with a pinch of optimism.

Also, Read The Sinner Season 4 Episode 8: Finale! Harry Looking For The Mastermind Behind The Trafficking That Led To Percy’s Death 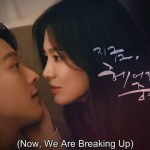