“I do the exact same things as Bloodsport, but better,” the Peacemaker claimed in the 2021 Suicide Squad. After the release of the Suicide Squad reboot on August 5, 2021. After that, HBO Max announced a spin-off series revolving around John Cena’s Peacemaker. The character appeared in the film as an anti-hero. And fans absolutely loved the character.

Peacemaker is an HBO Max superhero action series created by James Gunn. The show will follow the titular character after the events of the Suicide Squad movie. The violent anti-hero is a brutal mercenary with temper issues. He claims, “I cherish peace with all my heart. I don’t care how many men, women, and children I need to kill to get it.” With James Gunn’s name associated with movies, fans undoubtedly have high expectations from the film.

On December 3, 2021, HBO Max shared the final trailer before the release of the series in January 2022. The show is written and directed by James Gunn. The three-minute-long clip starts with Sophie Song talking about Peacemaker. She says, “He is a trained killer, We’ve got trouble with that maniac”. In the next few shots, few see the titular character running from Sophie and his partner, who are behind him.

However, the Peacemaker is not alone. A hawk is with him (we don’t know why! Nobody does). Then we see Cena’s character with his father. Further in the trailer, there is a vigilante alongside the protagonist, to whom Peacemaker reveals that he is working for the Government. Revealing the nature of his job, he further says to his friend, “I kill People for them”. Fans can also see what appears to be an unofficial task force with Vigilante and Peacemaker in it.

The trailer gives out glimpses of the journey of introspection that the titular character will undergo in the series. Opposed to his nature, he is struggling to eliminate a target who was with a kid. The trailer further gives provides some outlook of the upcoming season without spoiling it too much. Based on the trailer, it seems safe to say that Peacemaker has the potential to be one of the best superhero series in 2022.

More DC Spinoffs In The Future?

James Gunn, who gained recognition for Guardians of Galaxy, joined the club of DC filmmakers for 2021’s Suicide Squad. After the movie release, the announcement came that Gunn is working on another DC project, a spinoff for Peacemaker from Suicide Squad. Gunn’s news venture, The Peacemaker is set to premiere on HBO Max on January 13, 2022.

Ahead of the film’s release, James Gunn has hinted that the future may hold more Suicide Squad spinoffs for the fans. The speculations began when a fan asked Gunn about the possibility of more spinoff shows based on DC characters. James’ ambiguous reply indicates that can be the case. In the reply, he shared a funny GIF of a raccoon laughing and captioned “he, he, he, he, he, he, he.” This reply was enough to fuel rumors among fans as they have already started guessing who will be the next character to get a spin-off. But what are your views on this. Share with us in the comment section. 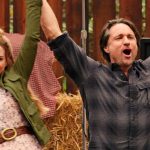 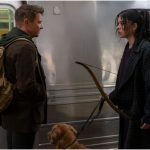