Rober Downey Jr. is most known for his portrayal of Tony Stark in MCU. However, his performance as well known detective Sherlock Holmes is nothing short of epic. RDJ first appeared in Arthur Conan Doyle’s Sherlock in 2009, and we absolutely loved him. The second Sherlock Holmes movie was then released in 2011. It has been over a decade since the movie came out. But Sherlock and RDJ’s fans never gave up on the hopes of Sherlock Holmes 3. And even though we don’t know when, the film is definitely coming.

The first two films in Sherlock Holmes established a high standard for the third sequel. It will be intriguing to see how the third picture will surpass the legacy of the first and second films, which have set numerous box office records and received numerous honors.

What Are The Chances?

Warner Bros. had planned to release the third installment of Sherlock Holmes 3 on December 25, 2020. However, it was postponed to 2021 initially. But 2021 has ended, and we obviously did not get the movie. The Covid-19 outbreak and subsequent lockdowns hampered the development of the planned film.

Both of the previous Sherlock Holmes films came out in December. And given how well the first film did at the box office, it seems likely that the third movie will also follow the trend, so maybe December 2022? Who knows? As of now, nothing has been confirmed.

The third installment of Robert Downey Jr.’s Sherlock Holmes franchise has been in the works for a long time. However, it has come to the knowledge that Peaky Blinders fans have been waiting for the film more impatiently than fans of the movie. The reason behind this is that Paul Anderson is reportedly set to appear in Sherlock Holmes 3’s latest casting. He will also return is his role of Colonel Sebastian Moran, who was a close associate of Holmes’ primary antagonist, Moriarty, played by Jared Harris, in Sherlock Holmes 2.

Meanwhile, there is a lot of anticipation and rumors about the sequel to 2011’s Sherlock Holmes: A Game of Shadows. Jude Law stated in 2013 that a third picture was not out of the question, and a producer on the previous two films said in 2015 that a script was in the works. Unfortunately, besides these details about Sherlock Holmes 3, there isn’t much else known about the film.

As per the reports, Chris Brancato, who co-created Netflix’s popular crime thriller “Narcos” as well as Epix’s own crime series “Godfather of Harlem,” is the one writing script for “Sherlock Holmes 3. Unfortunately, That’s pretty much all we know about the script of the third Sherlock Holmes film. 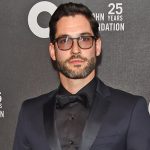 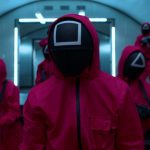