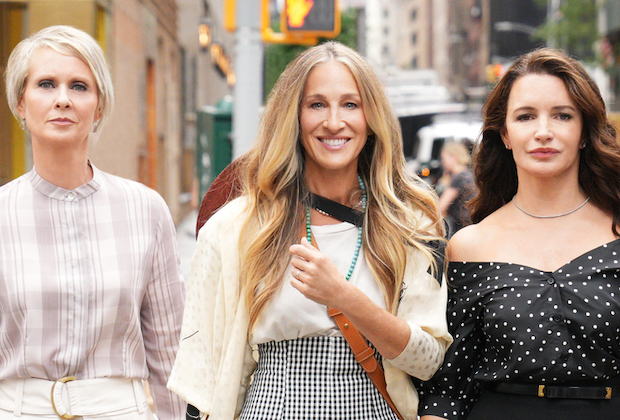 HBO Max has wrapped up the first installment of Sex and the City’s reboot, And Just Like That. The classic return of the renowned characters including Carrie, Miranda, and Charlotte after 17-long-years has just filled the fans with nostalgia and the urge to have more of their blissful performances. Although, there have been two film adaptations of the show after that. Still, fans have been eagerly waiting to know if there will be And Just Like That Season 2.

Given the recent ratings and the audience’s response, the network would carefully consider the announcement of a second installment. Most fans thought that the reboot would be a limited series, tying all loose ends to its original series. However, the show took the fans on another fascinating journey depicting their most loved characters in their fifties.

And Just Like That is set 11 years after the events of Sex and the City 2. The series focuses on Carrie, Miranda, and Charlotte’s journey as they move into their fifties. Unfortunately, Carrie loses her husband, John Preston, due to a heart attack in the first episode. The first installment was Carrie’s journey to get over the man she had loved for so many years. She learned to adapt to her new life without John while her best friends Charlotte and Miranda have problems of their own. Charlotte struggles to keep her family together, as she has constant conflicts with his teenage daughter Lily.

Elsewhere, Miranda is not happy with her marriage to Steve. She eventually left him for his non-binary comedian girlfriend, Che. Cassie learns to deal with her life alone. She sold her big house and moved into her older place to deal with John’s absence.

While helping her friends, handling her career, going through surgery, and appearing on Che’s LQBTQ and graphic talks podcast, Carrie tries her best to move on and be happy in her life. She also pushes her to start dating other people and find something which would make her feel better. So, will the show return for And Just Like That Season 2? Keep reading ahead to find out!

And Just Like That Season 2: Will There Be A Second Installment?

Unfortunately, HBO Max has not renewed the second installment of the show yet. However, HBO Max’s boss Casey Bloys shared recently that And Just Like That has been the network’s most successful original series to date. Moreover, the lead actress of the show Sarah Jessica Parker also expressed her excitement about the second season while talking to Variety. Sarah was sure about returning for And Just Like That Season 2. She talked about her conversation with the showrunner Micheal Patrick King a couple of weeks earlier.

The duo discussed the possibility of the second installment and how they are supposed to move forward to make it happen. Sarah shared how much planning and processing is required to make a show without losing any precious time. Thus, even though HBO Max has not renewed the show officially, there is a strong possibility that the announcement will come soon. The show makes a strong case for another installment, considering the viewership states and the ratings.

And Just Like That Season 2: Who Could Be Back For Next Season?

If the network renews the show for the second season, fans can expect the lead cast members, including Sarah Jessica Parker as Carrie Bradshaw, Cynthia Nixon as Miranda Hobbes, and Kristin Davis as Charlotte Goldenblatt. Fans have been expecting to see Kim Cattrall to return as Samantha Jones. However, Micheal King explained that they tried to get her during the first season. But she refused the offer. Thus, it is highly improbable that she would appear in And Just Like That Season 2.

Meanwhile, Nicole Ari Parker, Sara Ramirez, and Karen Pittman are also expected to join the cast. Unfortunately, Chris North will not be returning as his character had died at the beginning of the show. Moreover, an appearance of him in the show’s finale was cut out after recent allegations of sexual abuse against North. Sadly, Willy Garson, who portrays Carrie’s gay BFF, Stanford Blatch, will not be appearing next season. He lost his battle against pancreatic cancer recently at the age of 57.

Carrie moved on to a new chapter of her life after losing John. She learned to live on her own. In the finale, Carrie went on her third date with Peter. She told Seema about feeling guilty about dating as she thought John was sending her posthumous messages. Meanwhile, Charlotte successfully organized Rock’s Bar Mitzvah after a series of setbacks.

Miranda decided to leave for LA with Che. Moreover, Carrie had a dream about living in Paris nearly one year after John’s death. After spreading John’s ashes in the Seine River, Carrie met Samantha for a drink. Carrie had her first Sex and the City podcast, after which she shared a kiss with Franklin in the final episode of And Just Like That.

It looks like Carrie left her past with John behind as she prepared to start a completely new chapter in her life. Thus, fans can expect to see Carrie going on new adventures and exploring new things and people in life during And Just Like That Season 2. The chemistry between Carrie, Miranda, and Charlotte is bound to continue as they help each other get through the tough situations of their lives. Also, Carrie would find someone who could really love after John, while Miranda’s relationship with Che might get to the next level in the next season. So, stay tuned for more thrilling new updates only on TechRadar247.com. 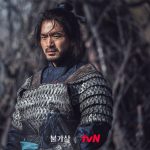