Hulu’s Crime Comedy-drama Only Murders In The Building starring Selena Gomez has got fans hooked through its intriguing storyline and masterful storytelling. And after the dire cliffhanger ending of the first season, fans have been wondering about what will happen in Only Murders In The Building Season 2. And recently, we have got some details, as Hulu has dropped the teaser for the upcoming season. So, let us directly get into it and know what’s next for the fans-

Only Murders In The Building Season 2: What Does The Trailer Reveal?

As we move close to the premiere of Only Murders in The Building Season 2, the teaser trailer for the upcoming season is here. Hulu shared the teaser for the second season on its official YouTube channel on March 28, 2022. The teaser indicates that the upcoming season will pick up the story after the events of the first season. In the end, Charles, Oliver, And Mabel were accused of the murder. But that was not the actual scenario.

In about 30 seconds long clip, we see the trio recording a new podcast for the audience. In the clip, Mora says, “We, here, at Only Murders in the Building… we will not be going quietly.” Viewers also see Mora removing the crime scene yellow tape from Bunny’s home. Then she enters the house to get a closer look at the site of the murder.

Furthermore, the teaser featured some playful jesting among the main characters. Meanwhile, the teaser also gave fans first glances of new characters joining the show, played by Amy Schumer and Cara Delevingne. The promo clip concluded with the shot of Putnam saying “Just be cool” to Savage, who was enjoying a drink, as Mora and Putnam walked away.

Only Murders In The Building Season 2 Release Date Out!

Later on, in December 2021, the production for the second season began. And right now, it is most probably in the later stages. And with the official teaser out, it is now officially confirmed that Only Murders In The Building Season 2 will premiere on June 28, 2022. So get ready!

Will Charles, Oliver, And Mabel Clear Their Names?

When Only Murders In The Building Season 2 returns, one of the most important storylines will be how the show’s key characters will clear their name from Bunny’s murder. Mabel was discovered with the killing weapon and coated in Bunny’s blood over Bunny’s body. It will be difficult for the authorities to find suspects elsewhere.

It’s unknown if the second season will focus on this issue or move forward. But this narrative will undoubtedly be explored. It would also be fascinating to watch how the people of Arconia respond to these happenings. They appreciated the trio’s help in solving Tim’s murder. However, with Bunny’s unexpected death, this is likely to alter.

Bunny discovered dead in Mabel’s home at the conclusion of the episode “Open And Shut,” is one of the show’s most shocking narrative twists. Oliver and Charles are attempting to clear their names alongside Mabel. It’d be fascinating to watch them back in action, trying to figure out what’s going on.

The odds are stacked against them with Cinda Canning imitating their show and watching how they track down the killer will be interesting. Whether or whether they would even be given the opportunity, given their current situation. Seeing the trio resume their podcast would be a fascinating storyline to follow.

Also Read Only Murders In The Building Season 2: Boss Teases Plans For The Next Run! Set To Explore Spooky Elements 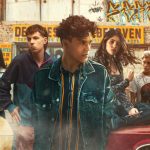 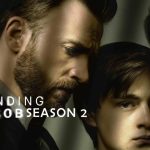