Ever since the beginning of the third season of HBO’s dark comedy-drama, Barry has been in a delusional state with him returning to his violent urges. In the past episode, he was trying to make up for after Killing his girlfriend. However, Gene couldn’t take it any longer. He ran away from the set after slapping Barry. Now, we wait to see what Barry does next in Barry Season 3 Episode 4.

What Will Happen In Barry Season 3 Episode 4?

After the intense drama in the previous episode, fans have high expectations from the upcoming Barry Season 3 Episode 4. Based on what we know from the official synopsis, we can say that it will be a complete joyride. The summary for the upcoming episode titled “All the Sauces” hints that Hank will go to Barry to help get rid of the Bolivians. Meanwhile, after spending a long time in the Chechen mountains, Fuches will be back in La with revenge on his mind. On the other hand, Gene, who wants to leave Los Angeles after what happened with Barry, would find it hard to do with multiple reasons to stay.

Moreover, here’s a look at the synopsis of the next episode, “Desperate to solve his Bolivian problem, Noho Hank turns to Barry with a plan. Fuches returns to LA with a vengeance. Sally celebrates the premiere of her show. Gene scrambles to skip town, only to be bombarded with reasons to stay.”

The third episode of Barry Season 3 was titled “Ben Mendelsohn.” The episode started with Gene and Barry getting ready for the scene on the Tv show, on which Barry got parts for them both after threatening to kill Gene’s son and grandson if he didn’t comply. After that, there’s a conversation between Gene and Barry. In which he asks him whether Janice suffered at the time of her death.

Later on, while performing the scene, Gene lost his calm and slapped Barry before running away from the set. On the other hand, Sally was seen having a press interview as the release date for her upcoming show has been preponed. Meanwhile, while the Bolivian squad was getting ready for the hit on the Chechens, Cristobal managed to convince Fernando that they should not attack and return to Bolivia.

Elsewhere, Batir showed Hank a bomb he bought from the dark web and planned to blow up the Bolivian. Hank called Barry, informing him about the job that he came looking for previously. In the episode, there was also a phone conversation between Barry and Fuches. Fuches, who was hoping for Barry to apologize to him, seemed determined to kill him after the conversation.

When And Where To Watch Barry Season 3 Episode 4?

If you have already seen the previous episode of HBO’s black comedy Barry, you must be dying to find out when the next episode airs. Don’t worry; we’ve got you covered. The upcoming Barry Season Episode 4 will is set to release on HBO on Sunday, May 15, 2022. Fans can catch the TV premiere of the episode on the HBO network on Sunday at 10 pm EST.

Also Read The Vow Season 2: When Is It Coming To HBO? Know What’s Next 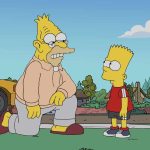 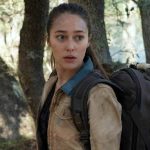