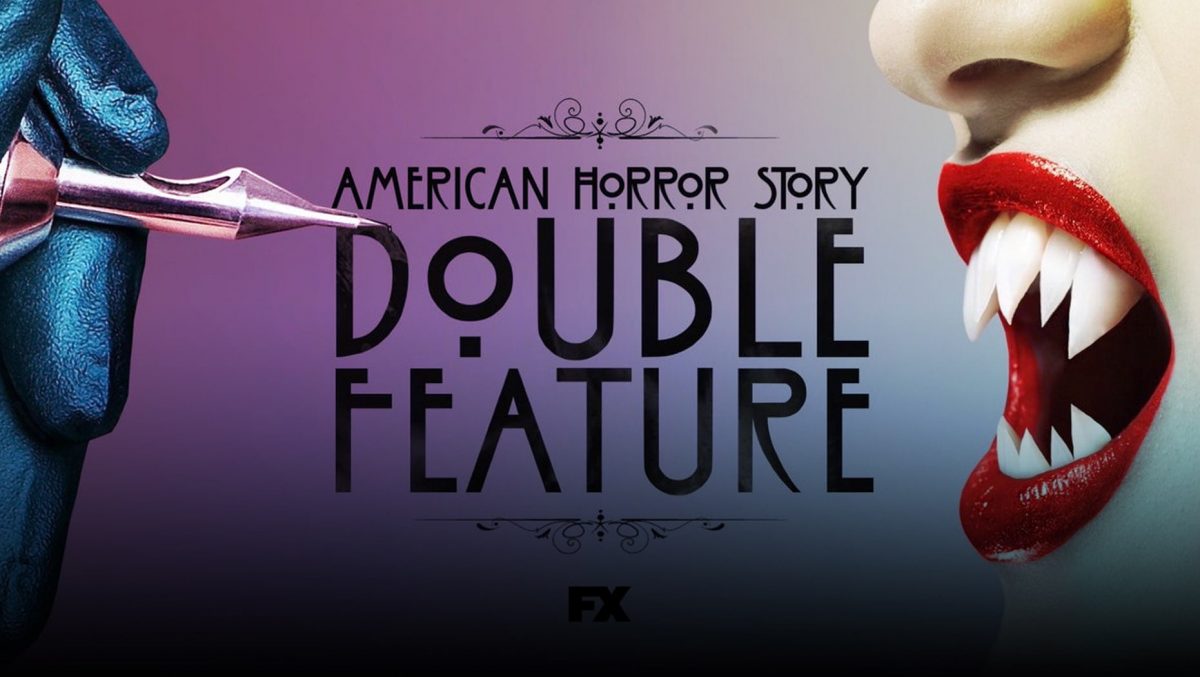 American Horror Story Season 10 released a new dynamic poster teasing how things will unfold in the mysterious Double Feature. Created by Brad Falchuk and Ryan Murphy, the horror anthology has been a massive hit series since it aired on FX. Each season follows a different storyline, settings, and characters, although some from the previous seasons return to play new roles alike in this season.

The American Horror Story official Instagram account recently shared the latest poster for Double Feature. As teased earlier, season 10 will follow two separate stories, including “Red Tide” and “Death Valley,” by the sea and by the sand. However, it looks like the two segments will feature a battle between an alien and a siren, as shown in the poster. Though the show has some time to return, the poster hints that anything could happen.

Well, FX has been highly active in promoting the upcoming season. It first shared a poster of a siren and an alien kissing each other. While the next poster explored the Double Feature theme where it features an alien peeping out of the sea with a half-face as a siren submerged inside it. All the marketing materials have been hinting at the dual theme. And now it becomes increasingly confusing what will happen next in the Double Feature.

Recently, the network dropped a mysterious trailer hinting at the huge battle and return of aliens in the AHS world. Well, if you remember, the second season revolves around the aliens who abducted Kit. However, it never explored more about Kit’s aliens. Thus it gives a sense that perhaps it would explore the loose ends of the second run as they did with Apocalypse. Even Murphy once said in an interview that he would like to make the AHS universe more connected. So fingers crossed, perhaps some past events will feature.

American Horror Story Season 10: Who Will Join The Show?

Well, many of the cast from the previous seasons will return to play a totally new character. These include Sarah Paulson

as TB Karen, Evan Peters as Austin, and Finn Wittrock as Harry Gardener. Besides, Lily Rabe as Doris Gardener will join Frances Conroy as Belle Noir and Leslie Grossman as Ursula. As well as Adina Porter as Chief Burelson, Billie Lourd as Lark, and Angelica Ross as The Chemist will also join.

In addition, Macaulay Culkin as Mickey will join Ryan Kiera Armstrong as Alma Gardener. However, Spencer Novich, V Nixie, Chad Michaels, Matt Bomer, and Denis O’ Hare’s roles have been kept under wrap. All the above cast members will play a huge role in Part 1: Red Tide. While Neal McDonough as Dwight D. Eisenhower and John Carroll Lynch will join Part 2: Death Valley. However, John’s role has yet to confirm.

American Horror Story Season 10: When Will It Release?

Not enough time is left to explore the world of your favorite horror show. The latest poster confirmed American Horror Story Season 10 will air on Wednesday, August 25 at 10/9c only on FX. It will drop back-to-back two episodes titled “Cape Fear” and “Pale” on Wednesday night. Further, fans can also catch the new episodes the next day on Hulu or FX.