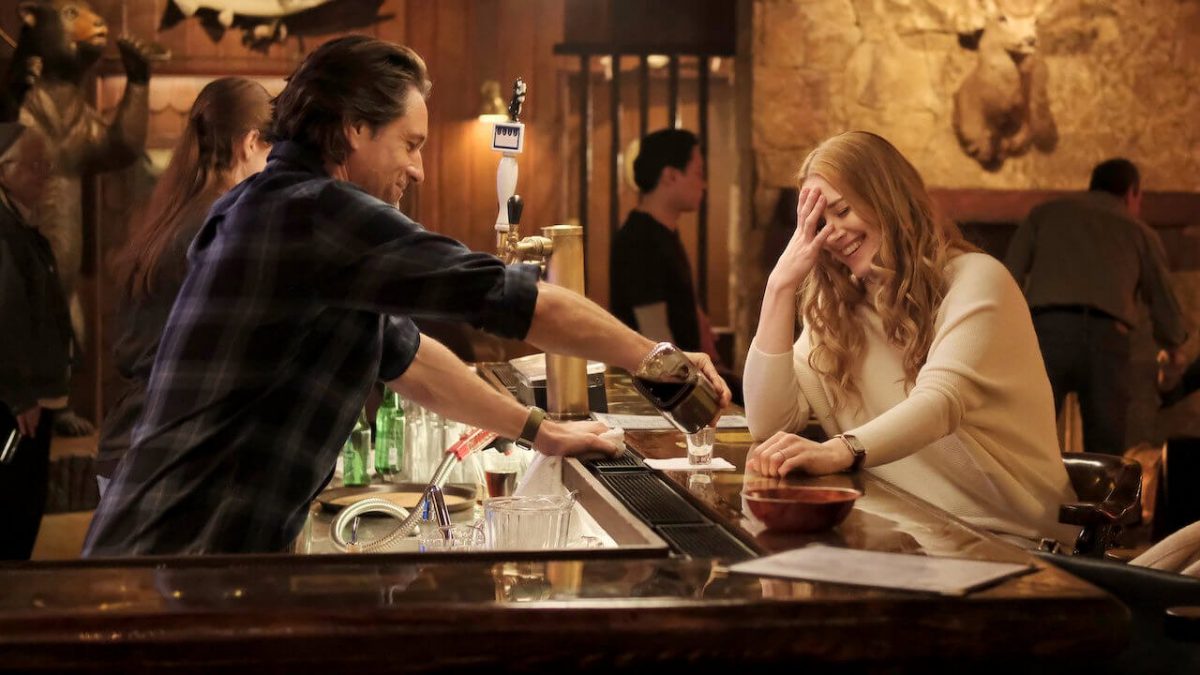 Netflix has recently confirmed that the highly famous romantic drama will return soon for Virgin River Season 4. Moreover, the streaming network surprised the fans with the renewal of season 5 too. So naturally, fans are thrilled that their favorite couple will return for two more seasons (or maybe more).

The renewal came, sighting the massive viewership of the show in three seasons. The previous season topped Nielsen’s U.S. streaming rankings. Further, the last ten episodes amassed 2.1 billion minutes views during season 3. The show is based on the Robyn Carr 21-novel series of the same name. It follows Mel Monroe, a midwife and nurse practitioner, who leaves L.A. and moves to the Virgin River. While she makes a new start, she develops a romantic interest in Jack Sheridan. Continue reading further to know all the details about Virgin River season 4.

The upcoming season will resolve several critical questions that came up at the conclusion of the last season. In addition, some big secrets are set to be revealed in the upcoming season of Virgin River. The cliffhanging finale has left the fans curious to know what happens next when the show returns for another season.

In the last season, we found out that Mel is pregnant while she rekindles her relationship with Jack. However, who is the father of Mel’s unborn child had not been revealed. Earlier, Breckenridge told that the father of Mel’s child can only be Jack or Mark and will unfurl the mystery soon. Previously, Virgin River also revealed that season 4 would show who shot Jack and the reason behind Brady’s arrest. Moreover, showrunner Sue Tenney teased that a new mystery will come into existence when the secret about Jack wraps up. Further, Hope will be returning in the following season. The fans missed her in last season, where she could not appear due to the pandemic restrictions.

Further, Paige might be in trouble in the following season when Vince reemerges to Virgin River. Moreover, Vince will try and use Christopher to lure Paige out of hiding.

The upcoming season will also take an exploration into Doc’s past. The situation seemed complicated when a mysterious hiker claimed to be Doc’s grandson. However, Sue Tenney clarified that the new stranger is a by-product of Doc’s past before meeting Hope. Hence, the stranger is not related to Doc’s affair. Further, Tenney also teased a new chapter coming ahead in Doc’s life in Virgin River Season 4.

Fans will see the lead stars Alexandra Breckenridge and Martin Henderson returning for Virgin River Season 4. In addition, the series regulars Tim Matheson and Annette O’Toole are also expected to return along with Colin Lawrence, Lexa Doig, Ben Hollingsworth. Luckily, Annette O’Toole will return during season 4 as Hope. She missed season 3 due to COVID-19 restrictions. Moreover, some new cast members would definitely make up for the cast roaster of the upcoming season. However, Netflix has not revealed any details regarding that.

The production of the fourth season was allegedly underway even before Netflix announced it. Further, the previous season was released in July 2021. Therefore, we can expect Virgin River to return in June/July 2022, followed by season 5 in 2023. However, Netflix could surprise the fans with an early release as well. Although, Netflix does not announce the release date before the end of production. Therefore, the streaming service will reveal the release date soon after the filming concludes. So, stay tuned for more updates about your favorite shows.