Doctor Who Season 13 Episode 3: Doctor Digs Deeper Into The Unknown Planet Capable Of Time Manipulation In “Once, Upon Time” 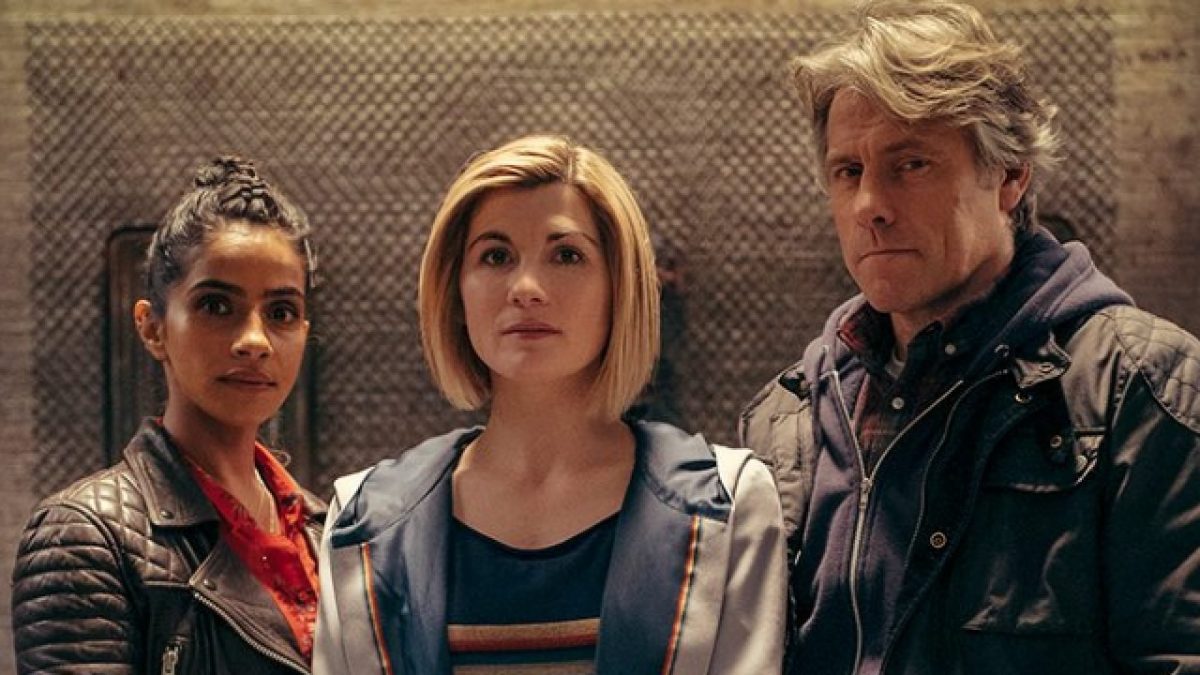 It seems the Doctor will continue to look into the planet which can manipulate time in Doctor Who Season 13 Episode 3. Moreover, Yaz and Swarm will get to know more about the strangers they met at The Temple of Atropos.

The previous episode depicted the Sontoran War in the year 1855. The aliens were about to take over the planet, but luckily their own mistakes led to their downfall. So, what will transpire in the upcoming episode of Doctor Who Season 13? Keep reading to know all the details about the next episode.

Doctor Who Season 13 Episode 3 Preview: What Will Happen?

The third episode of season 13 has been titled “Once, Upon Time.” The upcoming episode will focus on the origin of Swarm and Azure. They seem to know Yaz and Vinder, but the latter doesn’t recognize them. The time energy experience at the Temple of Atropos will turn out to be associated with a cylindrical phenomenon in Doctor Who Season 13 Episode 3. The next episode will also uncover the aftermath of the time energy blast. Morover, the estranged passenger’s identity will also be revealed in the third episode.

In the second episode, the Doctor, Dan, and Yaz found themselves in the middle of the Crimean War. The trio ended up landing in the year 1855 after being taken over by the Flux. But, unfortunately, the Russians didn’t exist in the year, and the British soldiers fought the Sontaran Army. Meanwhile, Officer Vinder found himself in a strange temple where he was asked to repair a peculiar machine by the floating Priest Triangle.

When the vortex energy combined with the Flux, Yaz also ended up at the same temple. They tried to figure out the origin of the Guardian priests at the Temple Of Atropos. Unfortunately, the priests’ origin planet manipulated time, replacing the Chinese and Russians with Sontaran soldiers. Meanwhile, Dan’s parents fought with the Sontaran ships that invade at the present time in Liverpool. However, the Sontaran forces destroyed Dan’s parents. Dan shared his grief with Doctor, who said the Crimean War could allow the Sontarans to control Earth.

Luckily, a Sontaran ship collided with other ships, destroying the whole fleet. Thus, humanity was saved by the horrors of the alien invaders. At the same time, Vinder and Yaz ran into Azure, passengers, and Azure. Eventually, Swarm managed to destroy the triangle with the priests locked inside it. TARDIS reappeared, and the Doctor went to save Dan, but the ship was caught up by an unknown ship. In the end, The Mouris was saved, but Swarm’s time energy blasted Yaz in Doctor Who Season 13 Episode 3.

The third episode of Doctor Who Season 13 will air on November 14, 2021. BBC America airs each new episode weekly on Sundays at 8:00 p.m. ET. The thirteenth season will feature 13 episodes, each with an estimated runtime of 60 minutes.

Where To Stream The Newest Episode of Season 13 Online?

If you miss BBC America’s broadcast, you can watch the latest episodes on the network’s official website and the BBC app. In addition, season 13 can also be seen on Fubo TV, Sling TV, YouTube TV, Hulu+Live, Spectrum, and Xfinity. Hence, stay tuned for more thrilling news, and don’t miss out on the third episode.