Home Entertainment Stargirl Season 3: The JSA & ISA Teaming Up To Deal With Another Threat In “Ferenemies”
Entertainment News TV Shows

Stargirl Season 3: The JSA & ISA Teaming Up To Deal With Another Threat In “Ferenemies” 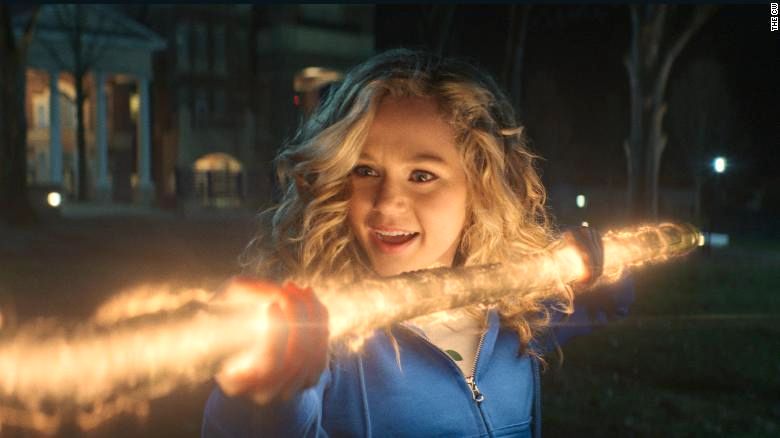 DC’s Stargirl has been one of the most awaited shows on the CW. The second installment came out in August and concluded in November 2021. Since then, fans have been eagerly awaiting to see the superhero drama’s return for Stargirl Season 3. Stargirl and the Justice Society went up against the Injustice society in an epic battle that lasted for 13 episodes in the previous installment. The cliffhanging conclusion to the second season has left the fans wondering and eager about the next season. The show has managed to gross an impressive rating of 7.2/10 on IMDb and 94% on Rotten Tomatoes.

Stargirl is set a decade after almost all of Justice Society of America were killed in a battle against the Injustice Society of America. A high school student named Courtney Whitmore runs into the Cosmic Staff of Starman. She learns that her stepfather Pat Dugan used to be Starman’s sidekick. Thus, the revelation inspires Courtney to form a whole new generation of superheroes. After moving to Blue Valley, Courtney recruits Yolanda, Risk, and Beth to form the new JSA.

Eventually, they come across the ISA headed by Icicle and Brainwave, along with daunting villains like Dragon King and his daughter Cindy Burman. During the second installment, Stargirl and the JSA were threatened by the re-emergence of former ISA members Shade and Eclipso. Stargirl aimed to stop Eclipso and Cindy from forming the new INA, named Injustice Unlimited. So, how will the story continue for Stargirl Season 3? Keep reading further to find out!

The CW confirmed Stargirl Season 3 in May 2021, months before the second season’s release in August. The CW picked up the series from DC’s former streaming network. The network has been supportive of the series, and the audience responded to the CW’s trust in the superhero series. It has been viewed by a wide variety of audiences worldwide, gained impressive reviews, and has been appreciated by critics for its storyline and acting performances. As per the CW’s Chairman and CEO, Mark Pedowitz, Stargirl is a perfect blend of “high-flying heroics” and “family dynamics.” Thus, fans can expect to see more seasons after the third installment.

The JSA struggled to overcome their personal traumas after their first major victory. They were attacked by the new Injustice Limited, formed by Stargirl’s archnemesis Shiv. Shiv accidentally sets the demon Eclipso free in an attempt to destroy the JSA, who spoiled her father’s plans.

Moreover, Eclipso exploited the JSA’s worst fears to turn them against each other. Eclipso planned on corrupting Stargirl and using their combined powers to drag Earth into the Shadowlands, a nightmare realm. Luckily, the heroes and the villains teamed up together to free a possessed Stargirl from Eclipso’s grips.

Starman resurrected surprising and led the team to reclaim Stargirl’s Cosmic Staff before Eclipso could get his hands on it. Towards the end, Stargirl realizes that people have both good and evil inside them when the JSA teamed up with the ISA to defeat Eclipso and free her in Supergirl Season 2.

Stargirl Season 3: What To Expect?

Stargirl and the JSA might get into an unlikely alliance with the ISA during Stargirl Season 3. The third installment is titled “Frenemies.” Thus, the upcoming season is set to depict an unconventional yet necessary alliance between the JSA and ISA to defeat the evil forces that aim to destroy the Earth. While the heroes and villains come together to fight, fans can expect to see a number of internal conflicts brewing among them next season.

The Frenemies team will be facing their new threat in the form of Helix Institute and Mr. Bones. They will try to solve the mystery around the institute and expose Mr. Bones, who claims to be a respected professional. Thus, the frenemies will go on an unpredictable adventure that might lead them to another level during Stargirl Season 3.

The lead cast members returning for Stargirl season 3 will be Brec Bassinger as Stargirl/ Courtney Whitmore. Courtney is a high school student who comes across Starman’s Cosmic Staff, transforms herself into Stargirl, and revives the JusticeSociety of America. Moreover, Yvette Monreal as Wildcat II, Anjelika Washington as Doctor Mid-Nite II, and Trae Romano as Mike Dugan are also expected to return. In addition, Jake Austin Walker, Meg DeLacy, Neil Jackson, and Christopher James Baker are expected to appear in the next season. Further, Luke Wilson, Hunter Sansone, Nick Tarabay, Joe McHale, and Neil Hopkins could also return for Stargirl Season 3.

Stargirl Season 3: When Will It Return?

Luckily, the CW had renewed Stargirl Season 3 even before the release of season 2. Moreover, the production for the third season was already underway in October 2021. Thus, if the network follows a similar release pattern, we can expect Stargirl Season 3 to return by August 2022. Also, the third installment is expected to feature a total of thirteen episodes, similar to the previous installment. So, stay tuned for more thrilling news updates only on TechRadar247.com.