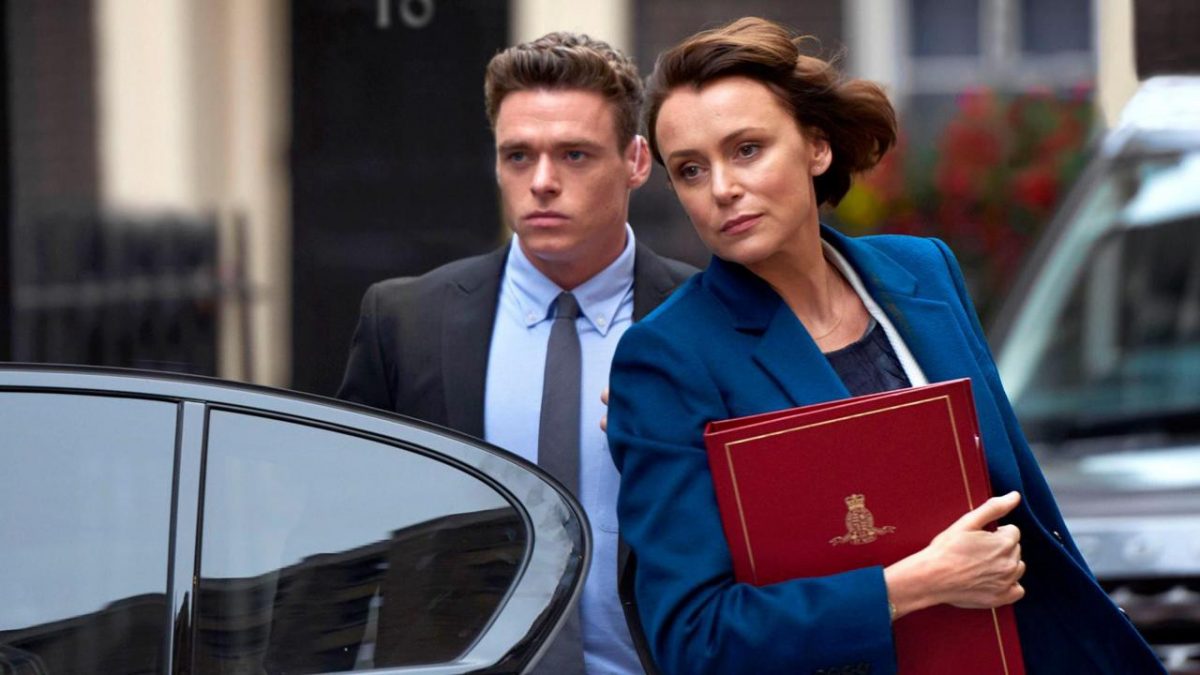 The first season of BBC’s thriller series Bodyguard dropped in 2018. The debut season was a smashing hit, and the ending kept the fans waiting for Bodyguard Season 2. However, it has been over three years, and not many details about the second season have come out yet. But let’s dive deep into everything we know about it.

BBC’s Bodyguard is a British political action thriller series starring Richard Madden. The series debuted on BBC One in 2018. The show follows Sergeant David, “the sociopath” Bud. He is assigned to protect the home secretary. Bud suffers from war PTSD. He is made a sergeant in special police based on his reputation from the Afghanistan war.

The thriller series created by Jed Mercurio became popular globally after Netflix picked it up. Bodyguard has received much critical acclaim and two golden globe nominations. The viewers have thoroughly enjoyed the binge-worthy series. But they are still waiting for Bodyguard Season 2.

When Is Body Guard Season 2 Coming?

The first season of Bodyguard premiered on August 26, 2018. And since then, it has been more than three years, but there has been no official announcement regarding Bodyguard Season 2. According to reports, Richard Madden and Jed Mercurio were interested in a second season, but they did not exactly work out. However, the plug is not pulled on Bodyguard Season 2. Although, there is still hope that BBC or maybe Netflix decide to give another go at the thriller series since the first season was a massive success.

The first season of Bodyguard ended with finding the person responsible for Montague’s assassination. In addition, some inside people in the government were exploiting the system for nefarious deals. Meanwhile, Budd’s name got cleared from any involvement in Montague’s murder.

In order to improve his relationship with his wife and children, he finally decided to get some help for his PTSD. Nonetheless, the relationship between Budd and Vickey was in ruins. They were planning to get on with their lives while co-parenting their kids.

After the smoke cleared, MI-5 leader Hunter-Dunn and the Prime Minister of Britain had to quit their respective posts. Also, Longcross fled from custody, which might make for a plot point for Bodyguard Seas on 2 to explore. There were few interactions between Budd and Longcross in the first season, but oh boy, were they intense!

In Bodyguard Season 2, fans can expect them to go head to head with each other. Meanwhile, it could also explore the relationship between Budd, Vickey, and the kids. Even though they seemed impasse, things might change in the second season. The next season will bring a fresh set of troubles for Budd and a whole lot of action for us.

The last time we saw Richard Madden on the screen, he was leading a team of superpowered beings known as The Eternals in the Marvel Cinematic Universe. The movie was released in November 2021. Now fans should get ready to see more of Richard Madden in the coming days.

Madden, along with Priyanka Chopra, has been shooting for Amazon Prime’s Citadel. Amazon Studios head Jennifer Salke announced that the studios pick up the Spanish series from Mexico for grand-scale production. The series began filming back in March 2021. And the word is that the show has wrapped its filming and is currently in the post-production phase. Avenger Infinity War famed filmmakers Anthony and Joe Russo are serving as the creators of the series.

Indian actress Priyanka Chopra Jonas who is co-starring in Citadel alongside Richard Madden recently talked about her upcoming series with the Russo Brothers. She said, “There is nothing like Citadel on Television, I think. It’s extremely high scale, extremely finessed action, stunts, but at the same time, it’s a drama, and it has heart.” Priyanka continued that she thinks there is nothing like the show on television these days. And it was one of the main reasons that she got interested in working in the series. She also mentioned that she had to undergo “very, very intense” training for the series.