Space Force Season 3: Will The Asteroid Hit The Earth? What Will Space Force Do? 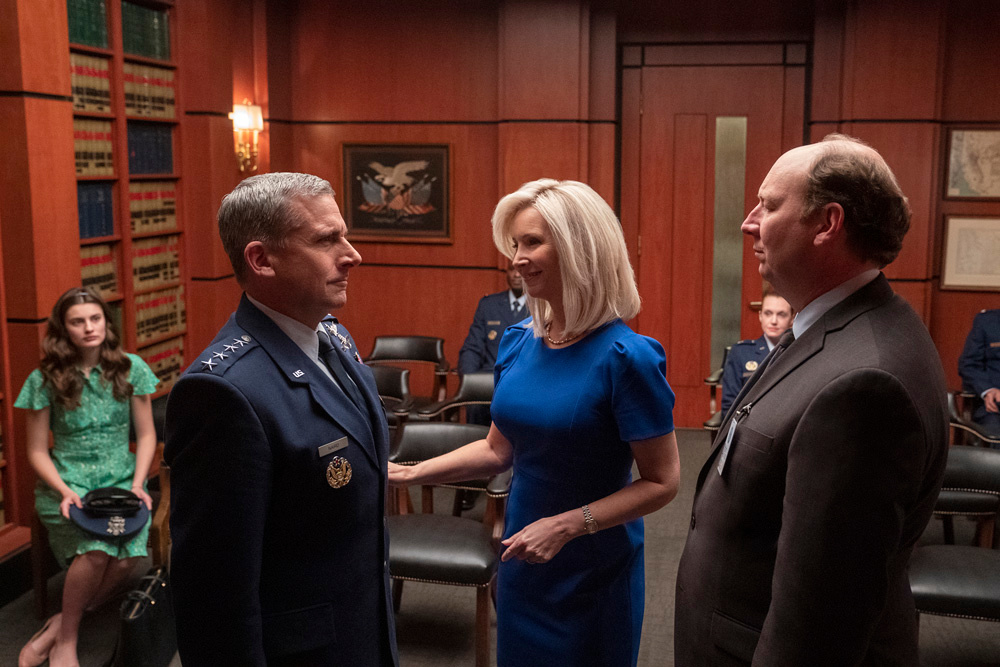 Just when we started to get used to a world without The Office, Steve Carell returned on Netflix as General Naird, leading yet another organization, and we absolutely love it. The second season of Netflix’s Space Force just dropped on the platform a few days ago. However, the cliffhanger ending of the second season kept fans hooked for the arrival of Space Force Season 3. So, here’s what we know about it.

What To Expect From Space Force Season 3?

The majority of the characters are in the same place at the end of the second season as they were at the beginning of the season. At the end, most of the characters chose to remain in Space Force after they got pay raises and the branch’s future was ensured. Season 2 inherently ended on a cliffhanger, with a large asteroid speeding towards Earth. Owing to the Hawaiin telescope going online, the entire crew discovers the asteroid.

A potential Space Force Season 3 will continue the story after the events of the second season. The season may show us General Naird and his group tussling with the massive asteroid directed towards Earth. It certainly is the biggest challenge that Space Force has ever faced. However, fans must be assured that the humor and the comedy in the season will not be compromised. We expect Space Force Season 3 to continue the General’s doubtful military wisdom and Dr. Mallory’s quirky outbursts. The third season might also explore Angela and Dr. Chan’s budding romance.

When Will Space Force Season 3 Release?

The second season of the space adventure comedy series starring Steve Carell dropped on Netflix on February 18, 2022. Season 2 ended with a dire cliffhanger, where a massive asteroid was headed towards Earth that could cause devastating impacts if it crashed. However, there has not been any official announcement about the renewal of the series for Space Force Season 3 from Netflix yet.

Nevertheless, if fans have learned anything from General Naird, it is to be optimistic at all times. So fans should not have little patience as Netflix generally takes a few months before renewing a series. That being said, whenever there is any official announcement, TechRadar247 will update its readers about the same.

How Erin And Space Force Will Save The World?

Erin’s choice to work for the US Forest Service in Colorado as a forestry specialist could come in handy during Space Force season 3. Colorado is part of Region 2, sometimes known as the Rocky Mountain Region, of the United States Forest Service. Working in Colorado’s forestry industry will familiarise Erin with the various kinds of rocks and minerals that make up the state’s natural landscape. As the conclusion of Season 2 of Space Force revealed, an asteroid is just a massive piece of rock that has the potential to obliterate the planet.

Erin’s newfound knowledge of Colorado’s natural rocky landscape could be the key to determining the best approach to destroy the asteroid or divert it from its present path. It might appear far-fetched. But great scientific advances and endeavors are frequently facilitated by the convergence of disparate disciplines and unexpected situations. Velcro, for example, was devised by an engineer who discovered seeds adhered to his trousers while hiking.

After researching the seeds, the engineer devised a low-cost, high-reliability attaching technique. This is now used on everything from fashion runways to NASA spacecraft. Similarly, Erin’s background in forestry may enable her to discover answers that Space Force scientists, who are largely astrophysicists, and blind too. In short, Space Force will not finish like Don’t Look Up. And it will do so owing to Dr. Mallory, Dr. Chan, Erin, and the rest of the Space Force’s scientific team’s combined competence.