Animal Kingdom Season 6: Trailer Is Out! Someone Dies! Know The Release Date 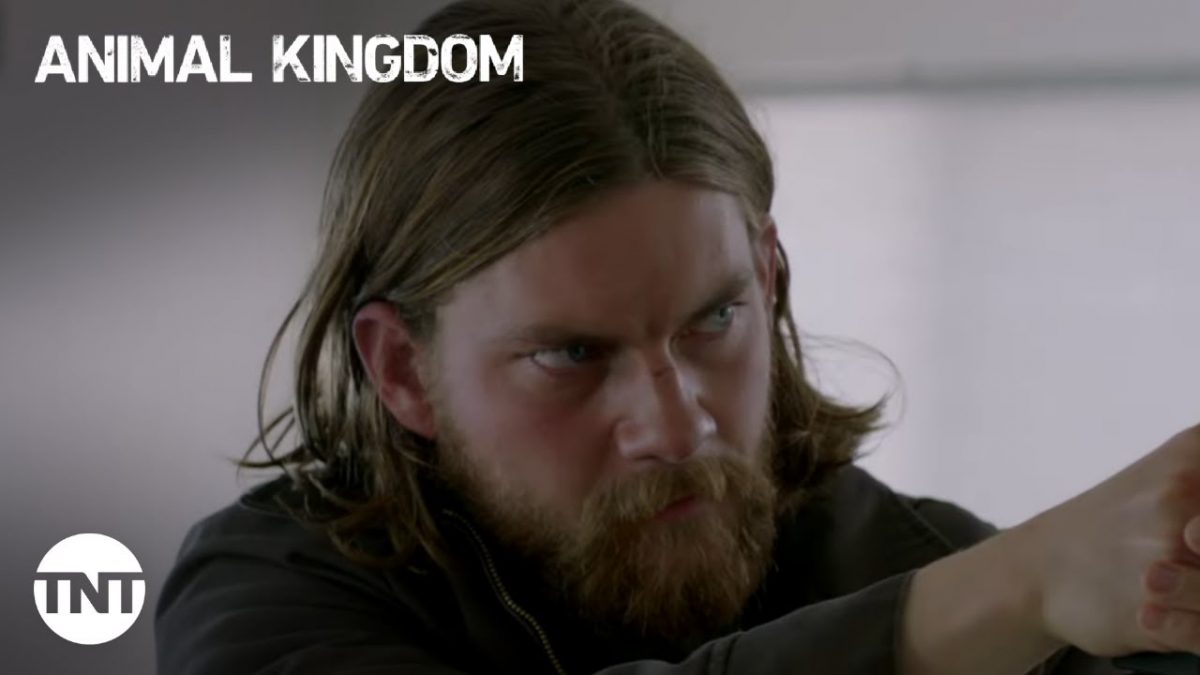 Finally, the wait is about to over. TNT has revealed the Animal Kingdom Season 6 new trailer and poster that tease what will happen ahead in the season. Well, the show has dealt with plenty of chaos throughout its run time, and now the characters will head to a new territory that will destroy everything. Will they survive while protecting their family? Keep reading to know more.

Based on David Michod’s Australian film of the same name, the show closely deals with the world of Janine “Smurf” Cody. The matriarch of the Cody family runs a criminal enterprise and is very protective of her family. After the death of J’s mother, he moved in to live with his estranged grandmother, Smurf. However, he started plotting plans to challenge Smurf and overtake her business with time.

TNT has recently revealed a brand new poster of Animal Kingdom Season 6 and the final season. It showcases heroes standing on a dangerous edge. The poster also focuses on the hellfire. Pope stands on his skateboard and is ready to jump in the fire. Meanwhile, Cody and other stands atop a half pipe. The half pipe and the area around it are in the fire, and its phrase “Family ‘Til the End,” where Pope wonders whether or not to take the plunge.

In early June, TNT dropped the first trailer of the sixth and final season. That hints at the impending danger. It seems like the final season will be thrilling and challenging for the characters. Some new faces will join the show, and Billy will return. The panic will rise when Craig and Renn’s son Nick gets abducted. Meanwhile, Detective Thompson will head to bust Pope for Catherine’s murder. However, Pope knows that the detective knows his wrong deeds. Meanwhile, the rest of the family fight to stay together.

We can also see some steamy scenes in the characters’ life. Meanwhile, Craig will have a rough time to deal with. He won’t be on the same page with the rest of the family members. Cope will have some issues with his brothers. However, someone will try to take advantage of this situation. It will ultimately create an issue with the family. Will they stay together? Be ready for plenty of firing and epic battle in the final run.

Well, the trailer tease Denis Leary will be back as Billy, Deran’s estranged father. Apart from him, Grey’s Anatomy’s Scott Speedman will join as late Baz. He will return in as flashbacks. Tyrant vet Moran Atias will join as Detective Thompson with Shawn Hatosy as Andrew “Pope” Cody. Ben Robson as Craig Cody, Jake Weary as Deran Cody, and Finn Cole as Joshua “J” Cody will also return.

Animal Kindom Season 6 will mark the end of this saga. It will release on June 19, 2022, on TNT. For the first time the show will drop back-to-back episodes starting at 9 pm ET/PT. You can also catch Animal Kingdom on Amazon Prime Video on-demand. Stay tuned. TechRadar247 will keep you updated.