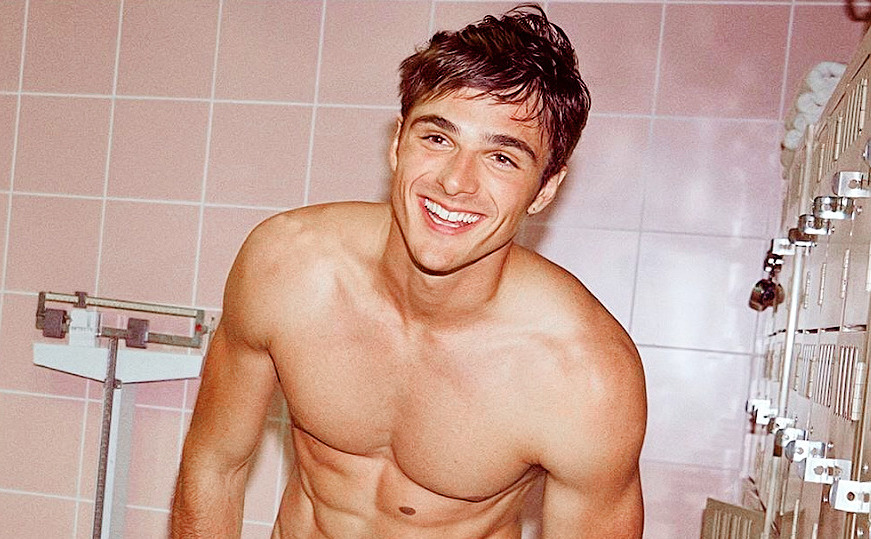 Jacob Elordi, known for his appearances in The Kissing Booth and Euphoria, is an Australian actor who has been acting in the entertainment industry for about seven years now. However, Jacob’s personal life has caught even more attention from fans than his acting portfolio. So, let’s discuss in detail the entire dating history of Jacob Elordi.

Even though Jacob is relatively new in Hollywood, it does not undermine the fact that he is among the most good-looking actors around these days. Thus, we should not be surprised that Jacob has been romantically involved with some gorgeous Hollywood hotties. Around the time his first Netflix movie was released, Jacob was dating his ‘The Kissing booth’ co-star Joey king. The duo met on the set of the movie in 2017 and started dating each other soon after. They both seem really into each other. However, Jacob and King surprised everyone when they announced their split in February 2019.

After his breakup with Joey King, rumors of Jacob Elordi dating Zendaya began in August 2019 after they co-starred in the HBO series Euphoria. The couple was spotted together on several occasions. And apparently, the pair even spent some quality time with each other on vacations. But in 2020, the distance between the two started to increase. And though we know at what point in 2020 they parted their ways, they are no longer together.

Kaia Gerber, a supermodel, entered his life after that. Kaia Gerber and Jacob Elordi initially ignited dating rumors in September 2020 when they were seen holding hands during a dinner date in Malibu, only months after she divorced Pete Davidson. They announced their romance on Instagram in November 2020. They also took a vacation to Mexico. However, the couple parted in November 2021, just a few months after celebrating one year together. More recently, in December 2021, there were reports of Jacob Elordi dating YouTuber Olivia Jade Giannulli. However, nothing is public yet.

The Australian actor started his acting career with the short film Carpe Liam in the year 2015. In the movie, he played the titular role of Liam. Shortly after, Elordi appeared in Max & Iosefa.’ In his early days, Jacob worked has also as a writer for the movies. In 2017, Jacob landed a role in the comedy drama Swinging Safari, which was a box office hit. However, his breakthrough role was in the Netflix film The Kissing Booth as Noah Flynn in 2018.

Jacob became an overnight star following the release and success of the film. Jacob has also appeared in the film ‘The Mortuary Collection and 2 Hearts. Moreover, Jacob’s most critically acclaimed role was in HBO’s teen drama series Euphoria. It is based on the Israeli Tv series of the same name, ‘Euphoria.