Home News The Expanse Season 7: The Sixth Season Hints Possibility For Another Season! What Are The Chances?
News TV Shows

The Expanse Season 7: The Sixth Season Hints Possibility For Another Season! What Are The Chances? 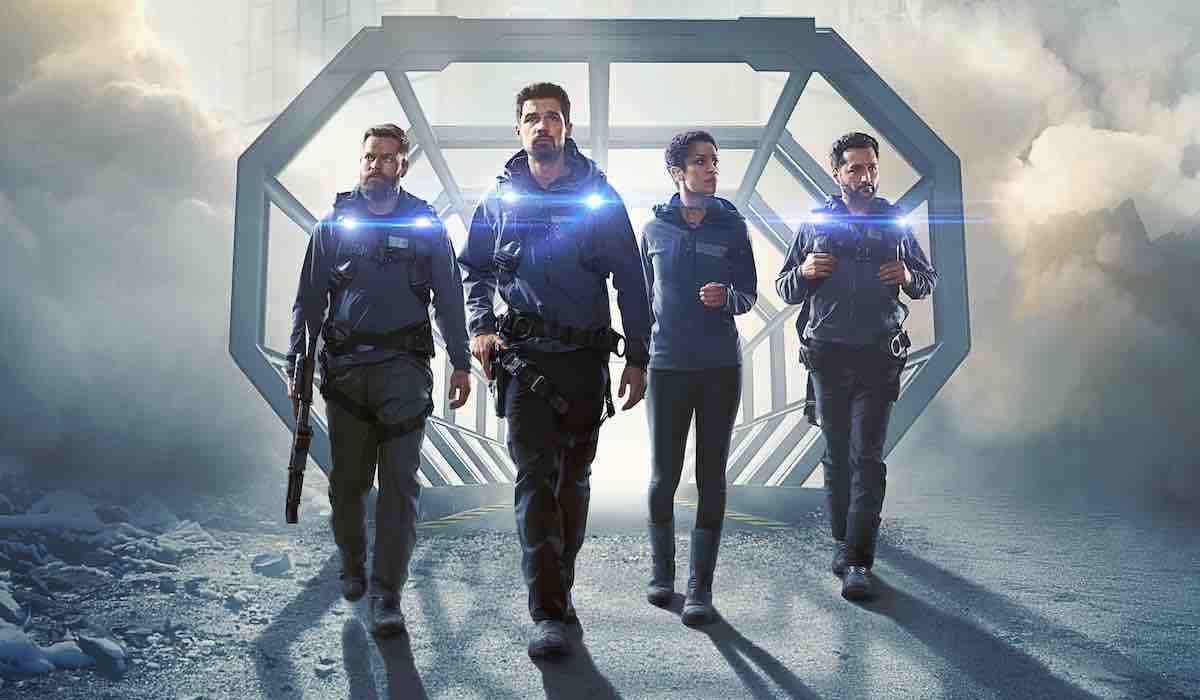 The sixth season of the sci-fi series The Expanse has just aired its final episode. And it has been a rollercoaster ride for fans throughout its run. Even though it has been mere hours since the final episode aired, true fans are already wondering and whispering about The Expanse Season 7.

The Expanse is an intergalactic sci-fi action series that debuted on Syfy in 2016. The show is based on James S. A. Corey’s novel series of the same name. The series is set in a futuristic world when humans have colonized other planets. The show follows the members of the Martian battleship Rocinante as they navigate through a huge war going on in the solar system.

Will There Be The Expanse Season 7?

The sixth season of The Expanse concluded on Amazon Prime on January 14, 2022. And as far as The Expanse Season 7 is concerned, Amazon Prime has announced that the series will end after the sixth season. The co-head of Amazon Studios, Vernon Sanders lately stated that“We’re very happy we can give the incredibly loyal and passionate fans of ‘The Expanse’ the satisfying conclusion to the series that they deserve.” Although Amazon has canceled the series, there are rumors that the show might get picked by some other network like Netflix, as there is a lot left to explore according to the books.

Hint At The Expanse Season 7

The sixth season of The Expanse is based on the sixth book in the novel series. The book is titled Babylon’s Ashes. In addition to that, the show has included the novella Strange Dogs, which happens soon after in the series’ timeline. At the end of the sixth season, there was a brief mention of Laconia.

Admiral Winston Duarte, scientist Paolo Cortazar along with a runaway fleet from Mars, settled on the planet. They had the Protomolecule model, which they got from Marco Inaros. The sixth season of The Expanse briefly touched upon Strange Dogs while the battle between Earth, Mars, and Marco’s Free Navy was the main focus.

The mention of the Laconia storyline in the sixth season is just the glimmer of hope that fans needed about a possible The Expanse Season 7. In the first episode, viewers saw a kid born on an alien planet named Cara. The episode also explored of forest-like landscapes of Laconia. But, first, she commented on creatures similar to fish and birds.

Moreover, a reptile-like animal appeared out of the underbrush. Cara called him a dog. So, many fans are now speculating that this brief but significant scene could be a setup for The Expanse Season 7. But, of course, that might happen on another platform other than Amazon prime. The reason for this is that the later books in the novel series Persepolis Rising, Tiamat’s Wrath, and Leviathan Falls are all about the rise of the Laconian Empire.

What Happend In The Sixth Season?

The sixth season of The Expanse resumed after the cliffhanger ending of the fifth season. The Rocinante crew was trying to get healed by licking their wounds while the entire solar system was at war. The chief of the Free Navy, Marco Inaros, has managed to execute his vicious plan of bombarding asteroids on Earth. A large portion of the population lost their lives in the disaster. Even though Earth and Mars join the forces to face Free Navy, Inaros’ success led the people of the Belt to support his side.

On the other hand, something terrifying is happening in a territory beyond one of the Ring Gates. The Ring Gates first opened at the end of the sixth season. Meanwhile, almost all characters were mired in the great war of the entire solar system.

The Expanse Takes A Dig At Game Of Thrones!

The Expanse season 6, episode 5, was titled “Why We Fight”. That episode paralleled a dubious plot in Game of Thrones Season 7. However, the sci-fi series kept from committing the same mistake in a way that is like mockery to GOT. Even though the setting is vastly different, both the shows are alike in some ways when it comes to narrative. There are a few similarities between The Expanse’s Protomolecule and Game of Thrones’ White Walkers. But both shows handled it in very different ways.

On Ceres, preparations were going on for an assertive attack on Marco Inaros. Meanwhile, there was a meeting between James Holden and Chrisjen Avasarala. They discussed the threats of Ring Gate transit with the Belter terrorist. Avasarala vehemently opposed it as he thinks Marco will not believe care about it. The scenes resemble one from GOT Season 7 when Jon and Dany brought an undead white walker to make Cersei believe that threat of Night King is real.

But Cersei declined to help them in the war against White Walkers. However, The Expanse indicated a parallel notion. But it didn’t let its main characters look like fools. The Expanse season 6 referenced one of Game of Thrones’ most laughable plot points in the series.

Also, read The Expanse Season 6 Episode 6 Finale: The Martians Go Up Against The Free Navy! Who Will End Up On Top?