The mayor will organize Hope Valley days to cheer up the people in When Calls The Heart Season 9 Episode 7. Amid all the celebrations, May will get in some big trouble. A man who claims to be May’s husband will show up with a marriage license and wants her arrested. So, keep reading ahead to learn all the necessary details about episode 7.

When Calls The Heart Season 9 Episode 7 Preview: What Will Happen?

The seventh episode of When Calls The Heart Season 9 is titled “Hope valley, Days, Part 1.” Mayor Mike Hickman will host the Hope Valley days. He thinks that the Valley needs to get back to its hopeful and joyous roots. The celebration will be inspired by the sense of giving, fun, hope, and love.

Moreover, May will try to get Nathan to forgive him. She shared their conversation with Bill and Nathan was unhappy about it. Unfortunately, May will get in some big trouble when her husband comes to Hope Valley. Bill will tell her that the authorities found a marriage certificate on the guy claiming to be May’s husband. Nathan will find out about the whole matter, and Lucas will advise him to sit tight and let the truth come up. Further, Rosemary and Lee will cover the festival and generate new spirits into the valley folks with their newspaper. Lucas will try to figure a way out of Jerome’s deal in When Calls The Heart Season 9.

A traffic jam frustrated the people of Hope Valley in the previous episode. Nathan cleared the traffic while Bill looked after Newton. After discovering that Fiona had finalized the oil company’s deal, Elizabeth visited Rosemary. She was worried about Jerome’s involvement, and Rosemary told her to talk to Lucas. Moreover, Elizabeth found Lucas, who was excited about the deal with Jerome. So, Elizabeth decided not to say anything to Lucas.

Further, in When Calls The Heart Season 9 Episode 6, Bill advised lee to use his newspaper to let the public know about the traffic jam issues. Meanwhile, Robert and Allie had a small accident with a seltzer bottle, creating a mess across the ice cream parlor. Henry warned Lucas that Jerome might be pulling off a con on them. Nathan and Elizabeth talked to Robert and Allie regarding the troubles they created at the parlor.

Elsewhere, Mike asked Faith out for dinner. He needed advice on being a mayor, and Faith accepted. Furthermore, Lee talked to a construction crew who were building something and ended up in a brawl with one of the men. Rosemary came rushing to get Lee out of there. Then, Bill Fiona, Henry, and Lucas discussed that they might be stuck in their contract with Jerome.

Moreover, Nathan and May had a drink at the salon, where he told May about his childhood horse and his concerns about Newton. Lee published an editorial in the Valley voice about the streets, cars, and the traffic joint. He also criticized Mike that he was not the right man for the mayor’s position. The whole town discussed the editorial on Mike. Thus, Rosemary felt that Lee’s editorial made the situation worse for Mike and the town.

Additionally, Lucas went to see a lawyer while Allie confessed to Elizabeth that she threw ice cream at Robert out of jealousy. Bill asked about May’s husband when she discussed her worries about Nathan. She told Bill that she was not married anymore. Moreover, Nathan got mad at May for sharing their conversation with Bill. Eventually, Bill walked a troubled Mike walking into his office. He took Mike out for a walk so people could trust him when they saw the two walking together in When Calls The Heart Season 9 Episode 6.

Hallmark Channel will air When Calls The Heart Season 9 Episode 7 on April 17, 2022. The network broadcasts a new episode weekly on Sundays at 8:00 p.m. ET. And the current season will feature a total of 12 episodes.

Further, season 9 is also available on the network’s website. So, don’t miss out on the seventh episode and keep coming back for more thrilling episode previews only on TechRadar247.com. 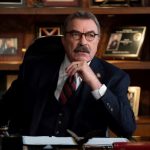 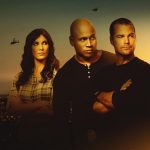