Fans of Amazon Prime’s Carnival Row have been waiting to return to the magical world for faes and humans for almost three years now. The first season of the fantasy drama series ended with a cliffhanger. Thus, there is much anticipation for Carnival Row Season 2. So let’s discuss what we know about it.

Created by René Echevarria and Travis Beacham, Amazon Prime Video’s Carnival Row is a neo-noir fantasy drama. The show revolves around Vignette Stonemoss, who comes to the Republic of Burgue after leaving her. War-torn homeland.

What Can Carnival Row Season 2 Be About?

Darkasher and Philo origin’s murders were related in Carnival Row’s first season. Viewers discovered that Piety Breakspear was responsible for the murders. Philo’s dad was Chancellor Absalom Breakspear. Philo, who is half-fae and half-human, is caught between two realms and is compelled to conceal his actual identity.

The war against non-humans started when Jonah Breakspear succeeded his father as Chancellor. Carnival Row’s residents were herded into The Burgue, which is currently being used as a detention camp. When Philo saw Vignette on the other side of the barricade, he shouted, “I am critch,” and joined Vignette and his fellow fae on Carnival Row.

The battle for fae emancipation against Jonah Breakspear and Sophie Longerbane‘s fearsome new alliance will be the main theme of Carnival Row season 2. Following a violent argument with Imogen’s brother Ezra, star-crossed lovers Imogen Spurnrose and Agreus Astrayon are forced to flee. She must cope with the consequences of that as well as the current war on the fairies. It will be intriguing to see if the drama maintains its aspects of crime and mystery amongst all of the controversy. In the meantime, Season 2 may possibly present a fresh case for Philo and Vignette to solve.

Who Will Return In The Second Season?

Except for the few characters like Indira Verma’s Piety and Jared Harris’ Absalom, who were killed in the first season, we expect most of the main cast to return in their roles in the second season. At the same time, Carnival Row Season 2 may also introduce us to some new faces upon its return.

The first season of Carnival Row dropped on Amazon Prime on August 30, 2019. Meanwhile, ever before the release of the first season, Amazon renewed Carnival Row Season in July 2019. The production of the second season suffered several delays due to Covid 19. But it was finally completed in September 2021. Meanwhile, talking about the release date of the upcoming season is expected to drop sometime in mid-to-late 2022. 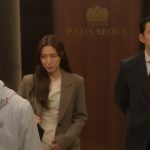 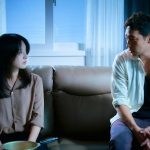