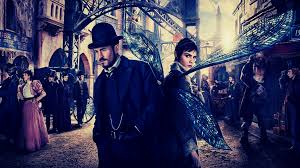 It has been over three years since the first season of Amazon Prime Video’s Carnival Row dropped on the platform. The show had some inconsistencies and was bashed by critics for them. However, the cliffhanger ending of the first season left many fans excited to find out what will happen in Carnival Row Season 2.

Carnival Row, a Neo-Noir periodic fantasy drama on Amazon Prime Video, made its premiere in August 2019. Based on the screenplay for the film “A Killing on Carnival Row,” René Echevarria and Travis Beacham’s series was made. The plot centers around Vignette Stonemoss, who returns to the Republic of Burgue after her husband abandons her. War-torn country.

The season of the fantasy drama Carnival Row premiered on Amazon prime Video on August 30, 2019. All eight episodes of the season were dropped together on the platform. Meanwhile, taking about the sophomore installment of the series, Amazon announced Carnival Row Season 2 back in July 2019.

The show also features Arty Froushan as Jonah Breakspear and Jamie Harris portraying Sergeant Dombey. In addition to the named few, there are several others in the cast of the show. When the series returns with Carnival Row Season 2, most of the main cast members are expected to return to their roles. At the same time, there might also be some new additions to the cast of the series.

The Darkasher killings that Philo was looking into, along with his ancestry, were important storylines of the first season of Carnival Row. When we discovered Piety Breakspear was responsible for the killings, it became apparent that the two events were related. Philo’s dad was Chancellor Absalom Breakspear.

Philo, who is half-fae and half-human, is caught between two realms and is compelled to conceal his actual identity. However, Jonah Breakspear, who succeeded his father as chancellor, launched a war on non-humans. Carnival Row’s residents were herded into The Burgue, which is currently used as a concentration camp. When Philo noticed Vignette on the other side of the barrier, he said, “I am critch,” and he went to join Vignette and the other fae in Carnival Row.

What Can Carnival Row Season 2 Be About?

When it comes back, Carnival Row Season 2 might revolve around the fae’s quest for freedom against the strong new combination of Jonah Breakspear and Sophie Longerbane. Following a violent argument with Imogen’s brother Ezra, star-crossed lovers Imogen Spurnrose and Agreus Astrayon are forced to flee. They will deal with the effects of that and the new conflict on the fae. It will be fascinating to see if the crime mystery aspects of the show remain.

Sadly, not many updates have been revealed by the production house or by the cast members on the second season. Previously, Deadline reported that Carnival Row Season 2 might release in 2022. However, with less than two months remaining in the year, it does not seem very likely at the moment. Looks like the second season will see the light of the real world, possibly in 2023. However, for any concrete news, fans have to wait for some official announcement. Till then, stay tuned with TechRadar247.com for more updates.

Also Read Ferragnez Season 2: Has Amazon Prime Renewed The Show? What Are The Chances? 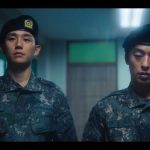