Derry Girls Season 3: Delayed? All Updates About The Upcoming Season 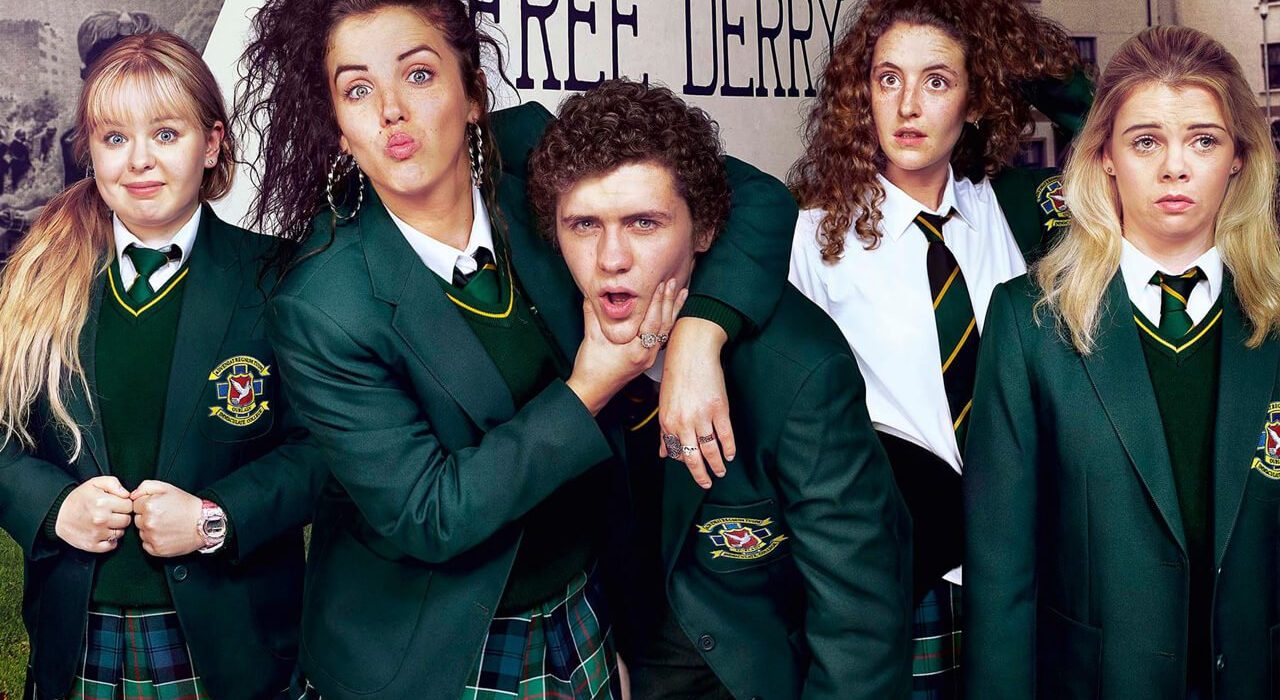 Its been more than a year since the fans saw the sophomore run of one of the most beautiful teen shows. And now everyone is eagerly waiting for Derry Girls Season 3. However, it looks like the wait for next season is only going to increase. The third season of the series also became a victim of the production shutdown caused by the Coronavirus outbreak. The show is already one of the most anticipated shows of this year, and this halt will make the fans more curious than ever.

Derry Girls is a British sitcom TV series. Lisa McGee wrote and created the show. This series made its debut on January 4, 2018, and became an instant hit. The inaugural season even holds a 100% approval rating on Rotten Tomatoes. Season 2 of Derry Girls premiered in March 2019 and managed to get more viewers than the first one. Both the seasons were highly critically acclaimed and received a great response from the fans as well.

The third season of Derry Girls received the green flag on 9 April 2019, just after the finale of the second season. The cast and crew were to start filming for Derry Girls Season 3 in May 2020. However, global pandemic failed their plans quite successfully. In a recent interview, one of the lead actress, Nicola Coughlan, shared her disappointment on not being able to start the filming. She said, “11 May was our start date. So it wasn’t fun noticing that day come and go without us being there, but look, we’ve just got to be patient with it, and we’ve got to remember we’re doing the right thing right now with waiting.”

The third season of the show will pick up right after the finale of the second season. The previous installment of Derry Girls ended positively with a speech by Bill Clinton in 1995. In the second season, the fans also saw a spark of romance between James and Erin. Also, the creators are teasing their love story for the past two seasons. In Derry Girls Season 3, hopefully, the fans will finally see a relationship between the two best friends.

The third season might also reveal the reason for the rivalry between Gerry and Grandpa Joe. The fans tried to figure out in the previous seasons about it, but it was no good. The viewers can expect more of the duo and to explore their relationship in the forthcoming season. Creator McGee also reveals some significant details about the story of the third season. According to her, one of the Derry girls will betray their gang and join their rivals. Therefore the third season will also revolve around the friends who will deal with this situation and how they will get the girl back in Derry’s party.

The creators’ original plan was to release the third season in this very year. However, things are not looking in their favor. The release date of the next season totally depends on the starting of the production. Sooner the filming starts, sooner the show will air. If the creators successfully manage to start the production in the upcoming months, the fans can expect Derry Girls Season 3 to release in the first half of 2021.